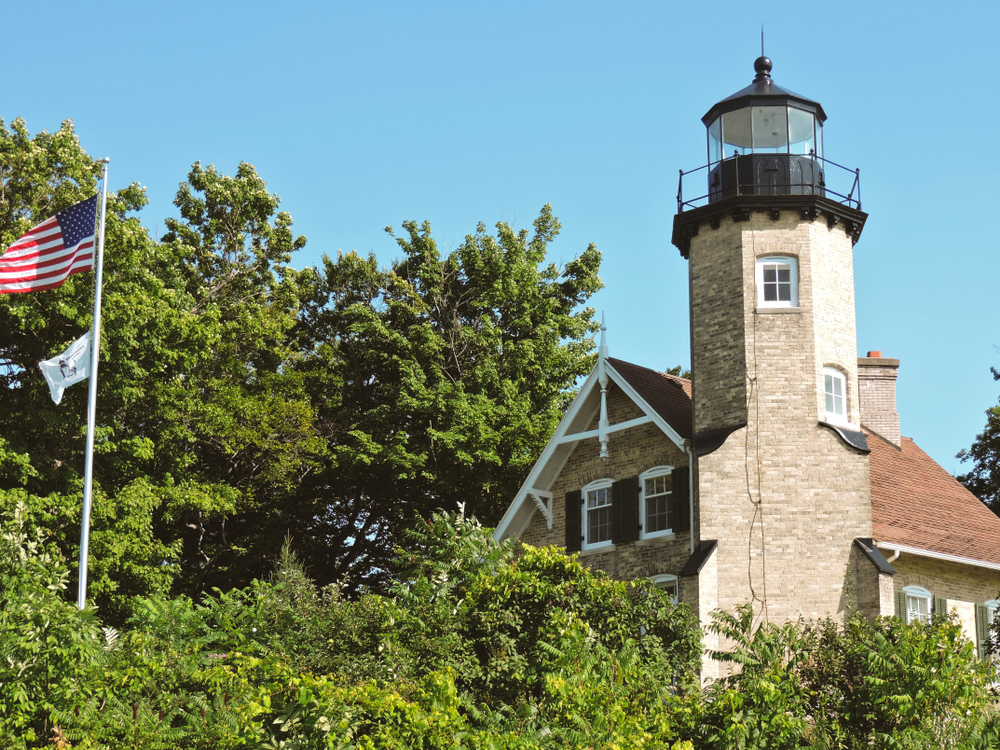 The Friendly Ghosts of Michigan Lighthouses

Michigan lighthouses are a popular tourist attraction all-year-round. Each tower has its own design and unique story. Although many people don’t know that these lighthouses are some of the most haunted places in Michigan. While staying at Bay Pointe Inn, get in the Halloween spirit by visiting the local haunted lighthouses. You’ll find that everyone loves these Michigan lighthouses, even ghosts!

In the 1860s, Captain William Robinson, his wife, and their seven children moved to Whitehall, Michigan, from England. William hoped to find a job in the booming lumber industry. While he traveled in and out of the White River, William noticed there was no light to guide visitors during their travels safely. He petitioned to have a lighthouse service, which consisted of a lantern dangling from a pole that was attached to a tower. In 1975, the lighthouse was built, and William’s family became its first keepers. Although William and his family passed away, it’s said that they’re permanent residents of White River Light Station. Bill can be heard climbing the spiral staircase to the lantern room, while his wife found peace in the upstairs bedroom.

Roughly an hour west from the Bay Pointe Inn, South Haven Lighthouse remains one of the most haunted places in Michigan. In 1874, wounded Civil War soldier, Captain James S. Donahue, was appointed South Haven Lighthouse keeper. James struggled with the lighthouse’s upkeep since he lost a leg during the battle. During his 35 years of service, it’s said that James saved over a dozen lives. Today, the lighthouse is used as a research facility to archive historical document. Visitors claim Donahue still lingers around the lighthouse because there are unexplained footsteps, self-opening doors, and eerie sounds.

Shortly after Saginaw River Range Lighthouse’s keeper, Peter Brawn was appointed in 1864, he became disabled and consequently, bedridden. Peter’s wife, Julia, stepped in to help out with his keeper responsibilities. After Peter passed away in 1873, Julia remained the head keeper and her son, DeWitt, became keeper’s assistant. After a short time, Julia got remarried to a man named George Way. He was the new head keeper, until passing in the lighthouse in 1883. Today, the private property is under restoration, but workers with access claim they’ve heard footsteps, voices, and other spooky sounds.

Looking for spooky fun other than haunted Michigan lighthouses? Head back to Bay Pointe Inn and tell ghost stories while sitting in our heated indoor pool. Or, make your way back to your room and find a scary movie to watch from the comfort of your bed. Be sure to take advantage of the chocolate-covered strawberries available to order, and the free hot chocolate served around the clock in the lobby. Our Bay Pointe Inn staff will help your family create an unforgettable fall vacation. To learn more, visit our website or give us a call at 269-672-8111.

Skip back to main navigation